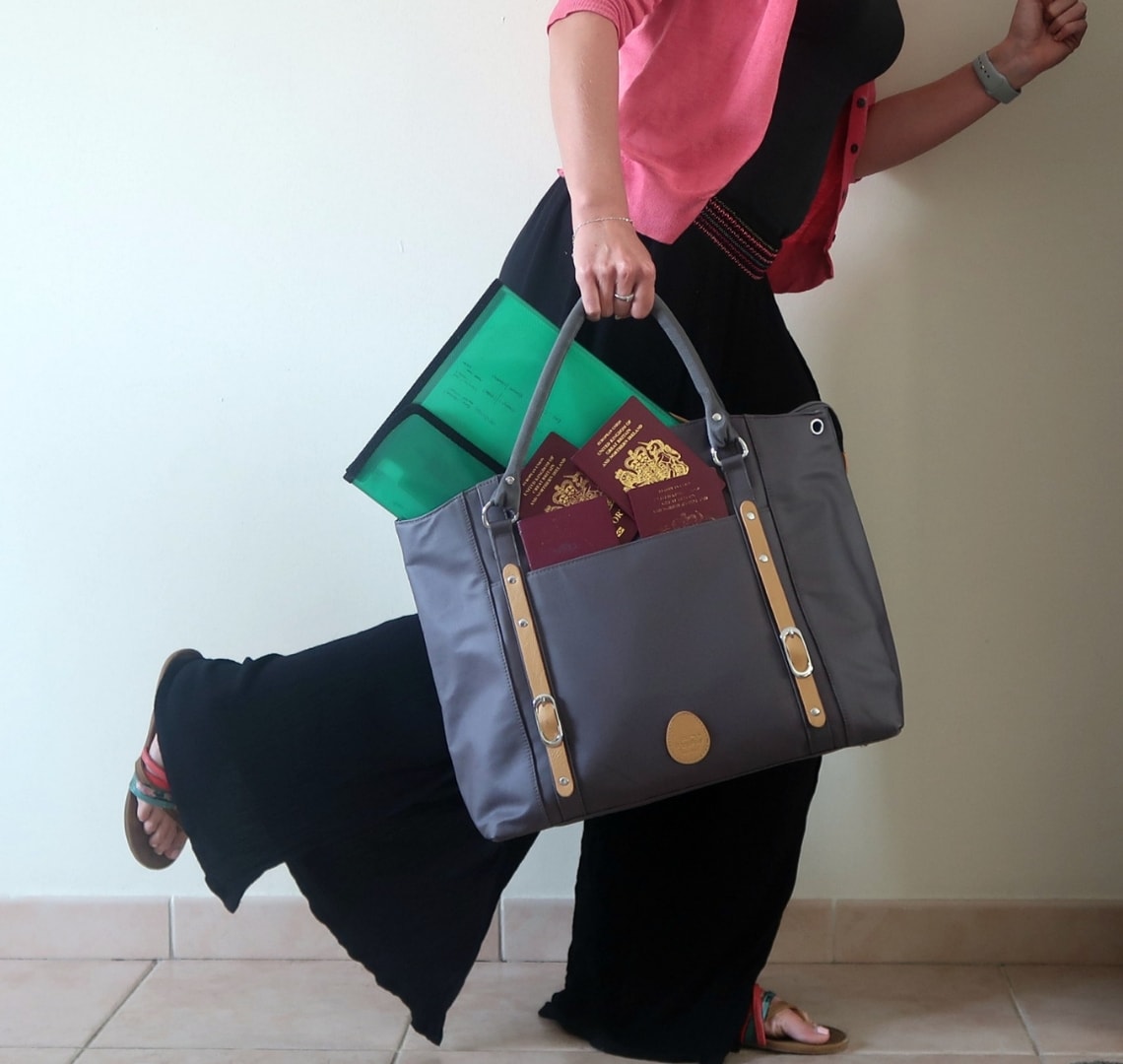 Those of you who know me won’t be surprised to know that, despite only booking it a couple of weeks ago, I was completely blindsided by the realisation that we had a passport appointment for Thing 1 that afternoon. No drama, I thought. We know where everything is because we have our grab bag. Except we didn’t. We couldn’t find Thing 1’s birth certificate. For that matter, we couldn’t find Thing 2’s birth certificate. I was shocked and bewildered. We always have our grab bag handy so how could these critical documents not be where they should be?

Thankfully everything was located pretty quickly so we’ll be heading off to our appointment later today. But it got me thinking about this concept of  a “grab bag”, what they are and why it’s not just expats who need one. I’d never heard of the term grab bag before last year but I was familiar with the concept. Having lived in a hurricane-prone location, we knew we needed a survival kit and all that should be in it. But it was only in June 2017 when we really began to understand what a grab bag was and why we might need it.

Over a year ago

Earlier this year I wrote about the day in June last year when we all woke up here and learned that a blockade had been imposed on Qatar by some of it’s closest allies. We learned that we suddenly had no accessible land border through Saudi Arabia. Many of us went and panic bought chicken and eggs and milk. Those leaving for the summer via various regional hub airports found themselves needing to reroute flights.

We discussed the likelihood of how serious this could get and whether or not we would need to evacuate. Most of us didn’t, but it was a wake-up call to make sure we had a grab bag ready.

Other people simply weren’t prepared to live with the risk. They got on a plane and left.

I have no idea what they took with them

As it happens, most of us didn’t leave and most of us are still here. Apart from the people who left in the first week or two, I doubt many more left for that reason. We learned to shop around for groceries and Qatar quickly figured out a way to get us back to a place where there were no longer shortages of the basics. (At least no more than normal!)

But I was still shaken. The reality is that we, personally, were completely unprepared for a situation like that. Had we been evacuated on the first day, or even the first week, we weren’t even remotely ready. People started talking about having a grab bag ready. And that was when we learned the lesson about what we needed to do to prepare. Just in case.

So what’s a grab bag?

A grab bag is literally what it says it is. It’s a bag that you will grab in the event that you are given minutes to evacuate. It’s a pretty sobering thought to think about so most of us… Well, we just don’t.

Isn’t this just an expat thing?

You’d be forgiven for thinking it’s only expats that need a grab bag. And expats living in politically unstable locations at that. A UK expat in the US might not need one as much, for example. And that’s what I thought all of last summer. For us, living with the uncertainty in Qatar, our grab bag came with us on holiday just in case the borders were closed and we couldn’t’ get back in. (It still comes with us now but that’s more a precaution these days – I would do the same in any country).

As 2017 came to a close I realised I couldn’t have been more wrong. Not only do all expats need a grab bag regardless of where they live… I think everyone needs one! We watched friends evacuate during Hurricane Harvey in Houston. We waited anxiously for updates from my sister-in-law while wildfires raged perilously close to their apartment in central Los Angeles. Less than a month ago a friend was evacuated from her house in Portugal after the fires there got too close to their house. 2 weeks ago friends of ours were flooded out of their houses on our compound. In the desert.

We were all shocked.

What would you take?

It’s a common question that isn’t often taken as seriously as it should be. Obviously the first thing you grab in an emergency is anyone or anything living. There’s literally nothing else in your house that has the value of a life.

But do you know exactly where they are because you might not have time to look for them?

If you have just minutes – like if your house is burning down – you just need to get out, obviously. Even if you only have an hour, you certainly won’t need the stress of looking for things in a panic. So the solution is that you need all those things in one place. So you can grab and go.

What’s in a grab bag?

There are a few different theories about what you should put in a grab bag and some of those are location dependent.

For us, it is the things that would be difficult or impossible to replace. In our grab bag (which is actually just a folder) we have the following documents:

If we had time we would probably grab the laptops and the external hard drive and our first aid kits.

Incidentally, we also have electronic copies of those documents on our laptops, backed up on our external hard drive and e-mailed to ourselves. Both of our parents also have copies.

Last summer people also had a bag packed with some basics that would keep them going until they got to wherever they were going. The reality is that this is definitely a good idea for critical situations but I know I wouldn’t have the wherewithal to keep a case up to date with clothes that fit the Things etc.

Some people routinely keep cash in their houses in case of an emergency. We have never done this but those that do commonly keep enough (maybe in USD or another strong currency) to purchase flights for the whole family.

There’s a point at which this grab bag gets too much to keep up to date and too heavy to grab and go! That being said, having a week or two supply of prescription medication is commonly cited as something people requiring such medication keep as a backup.

If you live in a disaster-prone area you might well need to have this. Rule of thumb advice is to pack anything you need for 72 hours if you ever have to evacuate your house suddenly. That could include clothes, food, and water, prescription medication, sanitation items, charging packs for cell phones. While researching this post I found a fabulous list of advice from ready.gov and another from frugal and thriving that you might find useful.

So what do you think Wanderlusters? Do you have a grab bag and if you do what is in it? If you don’t, would you consider packing one now that you’ve read this post?