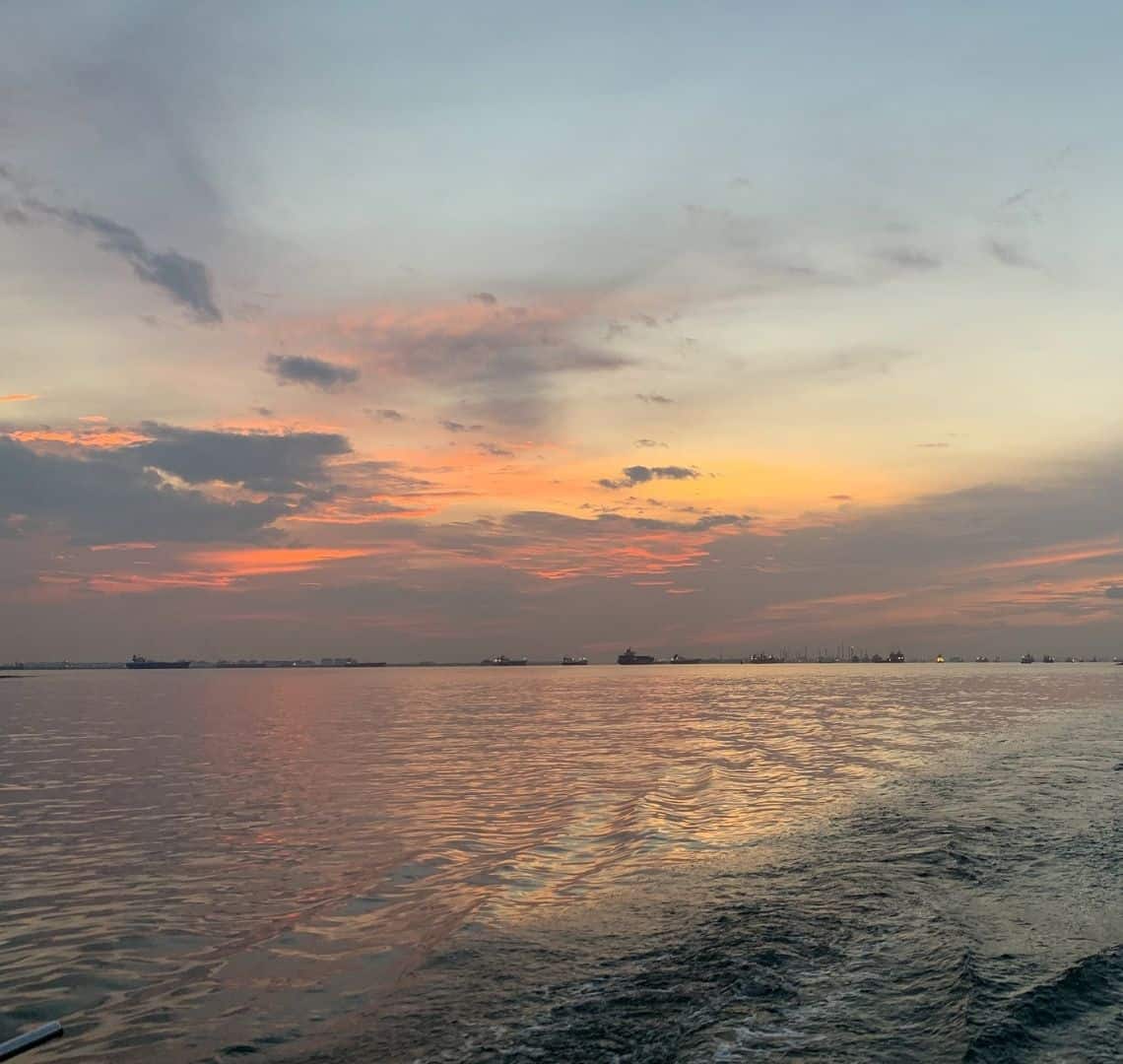 One of my favourite movie scenes is the one at the beginning of Love Actually where Hugh Grant is narrating as the camera pans around the arrivals hall at Heathrow Airport. The scene is of people hugging as arriving passengers come through the doors and spot the people waiting for them. While his message was of love being all around, there’s something about any arrivals hall that always makes me emotional. Trust me, I’ve been in enough of them.

Sometimes I’m arriving myself and I smile as I see the lines of people, each waiting for their arrival. Some hold signs with names neatly typed out while others clutch big bouquets of flowers. Some are standing on tiptoes, straining to catch that first glimpse of a loved one walking through the doors. Sometimes there’s a person there, waiting for me, as excited as I am to see them.

And sometimes I’m the one waiting. I’m the one on my tiptoes, tense with the excitement of seeing someone again. I’m the one watching, with a lump in my throat as I see couples greeting each other and families being reunited. It’s me that’s there, waiting impatiently for my turn to give a massive bear hug to the person who has travelled so far to see us.

The problem is, for every yin there must be a yang and so for every arrivals hall, there is a departure hall just upstairs. Now departures isn’t always a bad place. It’s the place where you set off on new adventures and the place that you go to catch you flight home to see your favourite people.

But if you’re an expat, it’s also the place you go to say goodbye.

It’s the word expats hate. There’s no getting around how hard it is or how much it sucks. I hate goodbyes and I’ve avoided them wherever and whenever possible. I hate them so much I’ve written several goodbye posts on topics from how to say a good expat goodbye to why I’ll never say it. The goodbyes never get any easier, that’s for sure.

The more I think about the word and all its many meanings, I wonder why we don’t have more words in our language for it. How can we have one word that covers every emotion and routine that we have?

Goodbye is what I say every morning when my kids get on the bus and how I bid farewell to a friend after a walk, coffee or night out. It’s the word I use when I finish speaking to friends and family on a call from far, far away.

It’s also the word I say at the airport when I take Granny Wanderlust after a couple of weeks of fun and bonding with her grandchildren. My Things. The same word I say to our siblings as we make our own way to the airport after seeing them. It’s the word I’ve said to my friends in the UK and Australia as I child, to friends in Ecuador and Southampton as a young adult and to many, many more friends in the US, UK and Qatar in recent years.

Goodbye is also what I said to my dad when I saw him at the hospital for the last time. No matter that our relationship was fractured while I have other friends who were much closer to their fathers and who used the same word. It’s what people have said for the last six months, unable to see their loved ones in their final days of suffering.

It is the word that you use whether you are the one leaving or being left. Whether you chose to leave or had no option. Whether you will see the person the next day, the next week, the next month or the next year.

Goodbye, for expats, holds so much trauma: despite the frequency of it’s use, it never gets any easier.

If the truth be known

I don’t say goodbye if I can avoid it at all.

I say “See you later!” to the Things. I say “See you next week!” or something similar when I see friends. I say “Talk to you soon!” when ending a call.

I say “See you in…(insert month)!” at the airport. I say “Take care!” to my friends when I have no idea when I will see them again.

I don’t remember what I said to my dad but I think it was something like: “I’m sorry.”

For me, goodbye is just too strong of a word.

It’s too big. Too final.

How lucky we were

What a privilege it was to say that simple word. What a privilege to know when we would say it for the next time. I had no idea how much I would crave seeing the very people I refused to say goodbye to.

For weeks back in March and April and May we saw no one. The Things didn’t go to school and Mr Wanderlust didn’t go to work. We didn’t see friends and we cancelled trips to see family.

There were no goodbyes at that time.

As May turned to June, we were given more local freedom incrementally but still more trips were cancelled and more dreams of laughing reunions were shattered. All spontaneity here in Singapore stopped as pre-booking tickets and checking in at every corner suddenly became a reality for contact tracing. On top of that, all travel planning went out of the window. There would be no future trips to look forward to and, as time has gone on, whispers about Christmas trips being possible have dried up. We’ve been left with just the desperate clinging on of hope that plans can be made at the last minute should we be given the freedom to travel again.

I can’t complain about my new normal. We have a decent amount of freedom to move around even within the strict rules that the Singaporean government has placed on us all. I can now put the Things on the bus again and see my new Singaporean friends. I can go out for dinner with Mr Wanderlust and have up to five guests in my house. Things could be a lot, lot worse.

But those video calls are getting harder. The longer we go without seeing those familiar faces in the flesh instead of in a little screen, the stranger it is at the end of the call. Those calls used to be placeholders, markers to get us through to the next visit. With no next visit, the calls punctuate nothing.

Goodbyes seem empty and futile: there’s often no plan for the next call, let alone the next visit. I can only dream of meeting up with someone in the arrivals hall – even the mere thought of it makes me feel quite emotional.

Missing family and friends has taken on a whole new meaning since travel has been taken away from us. Counting down to seeing people the next time used to keep us going. Now we keep going while we search for a moving target. We’re all desperate to know what we’re working towards. We’re desperate to see everyone again.

I never thought I’d say this but…

Because that would mean I had said hello.

This site uses Akismet to reduce spam. Learn how your comment data is processed.

I'm Emma, a seasoned traveller and chronic travel addict! I set up this blog to help fellow travel lovers to travel more authentically and adventurously with their families. I'm a mum to 2 mostly adorable but mad young kids, married to a long suffering lucky travel mad husband. We’re currently expats on our third assignment out of the UK.