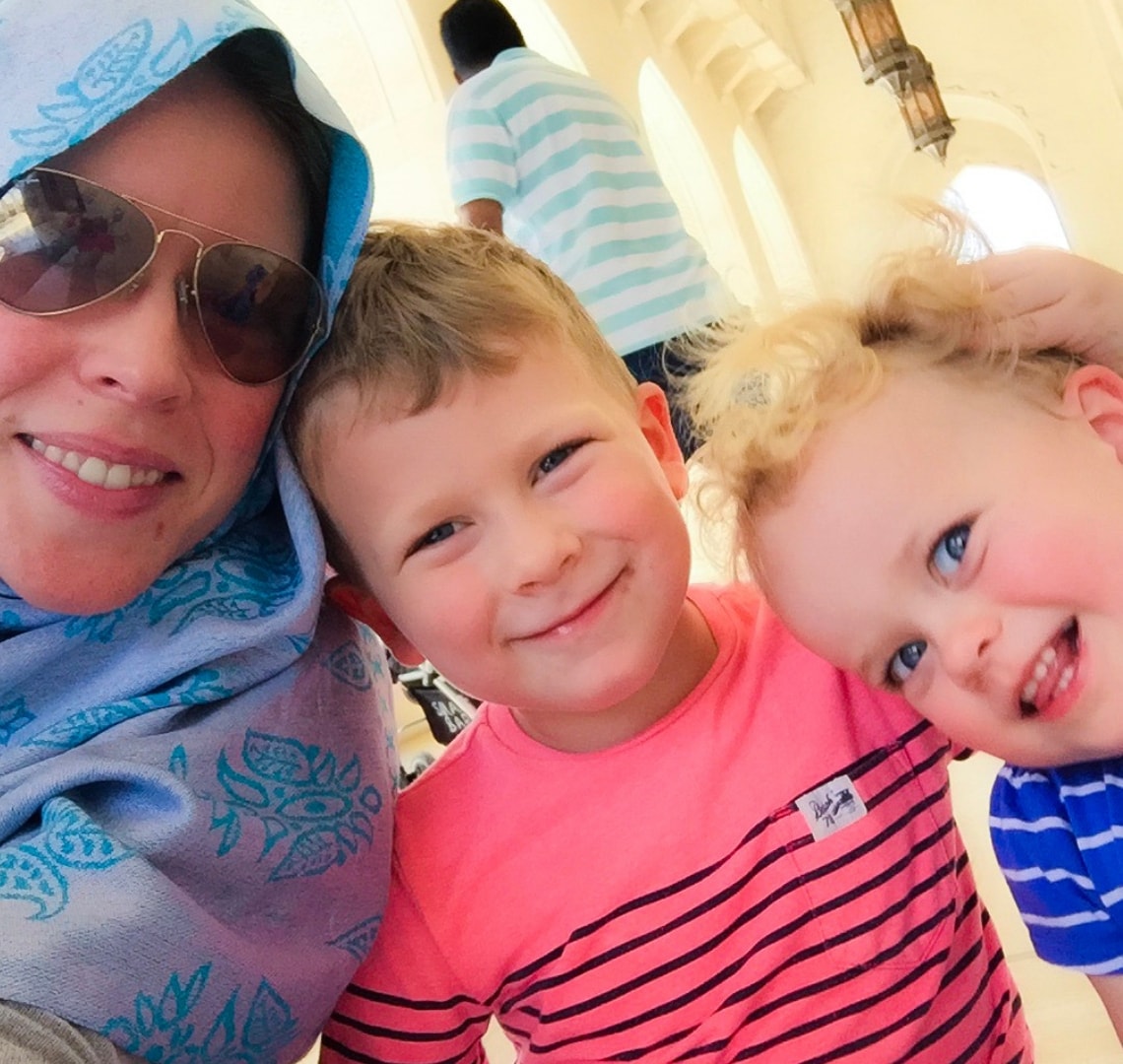 What makes a bad holiday?

I’m pleased to say we haven’t had any total nightmares… Maybe that’s the advantage of having some time put between me and the events. We have had a few less than ideal holidays though, and our trip to Muscat, Oman was definitely one of them. It was all due to a blend of bad planning, choice parenting decisions, and disobedient children. If that doesn’t sound like a good combination, I can confirm that it absolutely wasn’t.

Having been in the Middle East for almost a year we decided it was high time to visit Oman. Everyone we know who has been there had raved about it and we wanted to squeeze a trip in before the searing summer heat set in. As we have got better at travelling with kids, we have got better at planning. Next time I would do more research and read about all the awesome things to do in Muscat in advance!

We set off for the airport in the usual high spirits. Once at the airport (literally in the check-in queue) the Things began what was to become the first in three days of bickering, whining and generally not doing what they were asked to do. We had decided to leave early in the morning so as to maximise our time there. Turns out two tired parents didn’t have much patience for such shenanigans.

I hadn’t even considered the possibility that there wouldn’t be TVs on this plane but we boarded to find that this was the situation which was NOT well received by the Things. One piece of advice that my mum gave me early on in this parenting journey was that you should always be prepared to follow through on your threats. The Things at this point were becoming so unbearable that I whisper shouted (in the way that only furious mummies can do) that if they did not start cooperating that we would be getting off the plane and not going to Oman after all. And I really meant it. I really did. The threat was enough for them to buck their ideas up until we had been in the air for about 30 seconds… Before it all deteriorated again.

We went straight to the Grand Hyatt from the airport. The first couple of differences we noticed that the taxi driver was an Omani national (we don’t get nationals doing such jobs) and then how different the landscape was. Hills are a novelty for us as is anything green and the lack of high rise towers was refreshing.

The hotel room wasn’t ready so we had lunch and a bit of an explore while we waited. There are a number of good hotels in Muscat – most of our friends stay at the Shangri-La and I have heard amazing things about the Chedi from our childless friends – but for some reason the Shangri-La wasn’t accepting Entertainer Coupons but the Grand Hyatt was. The Grand Hyatt was definitely a better location (with corresponding prices) and we couldn’t argue with the value (two night for the price of one in a great family suite) and it had a gorgeous outdoor area with pool and restaurant. After our room was ready and the heat of the midday sun had subsided we were able to play in the pool and have an early dinner at a local restaurant which happened to have the world’s most kid-friendly waiters.

Was it that bad?

On Friday we headed to the Club for breakfast as we were entitled to entry through the room we had booked. There was some contradictory small print about kids not being allowed in / needing to be well supervised so I was tense going in and of course you know that small children can smell their parents’ fear. They wouldn’t eat, wouldn’t sit down, found the only TV in the room which happened to be showing a particularly violent news story and finished up by climbing up one of the bannisters.

We left in a cloud of tantrums and ultimatums, smuggling out some fruit and pastries with us to combat the inevitable “hanger” problems which would hit as soon as we got back to the room. We even had to bribe them to leave with the promise of the pool.

I have a friend from school who has lived in Muscat for many years with her husband and children. We got in touch once the weekend was booked and agreed to meet up on the beach by the hotel. The hot weather and lack of shade meant the original plan wasn’t very realistic so we ended up going over to their house and hanging out with them in their garden and pool over lunchtime (and for most of the afternoon). There may or may not have been some bubbles and beer involved and thankfully my children chose this as the only time in the weekend to be sociable and well behaved.

It was so nice to catch up with an old friend, to hear her stories and to watch our kids play together. (Who would have thought it when we were at Sixth Form parties Sara?!!). The downside was it meant we got back to the hotel at 4pm and realised we hadn’t done much yet. Not to be deterred, we decided it we should visit the souq so immediately headed out again. Our plan of eating dinner there didn’t work: Unfortunately 2 tired and hungry Things not doing what they were told, running off in different directions and picking up almost everything they saw was too much for us.

Even room service can go wrong

Shortly after this photo was taken, I asked Mr Wanderlust to cut our losses. I just wanted to go back to the hotel for a room service picnic. Sounds like fun, right? Wrong.

The room service took almost an hour. When it arrived, the world’s most expensive PB&J sandwich had been substituted (without consultation). The new one was a Nutella one which, shockingly, which our kids wouldn’t eat. They would eat the soup I had ordered (for us) but they wouldn’t sit down or still. The soup ended up tipped over on the floor and I ended up shouting at them to sit down to eat their food. They didn’t and we all ended up in bed hungry instead…

Did we learn our lesson?

No. On Saturday, determined to see some more of Muscat we got a taxi and went to the Grande Mosque. I invested in a beautiful pink and blue headscarf. The price to buy one was only a bit more expensive than to hire an ugly one.

It was still early – around 9am – but the heat was already high. The Things were less than impressed to be doing anything remotely cultural, let alone in high heat. Both wanted carrying (not a mean feat with Thing 1) and we were all melting.

Despite all the whining, there is no denying that Muscat’s Grand Mosque is simply beautiful. I loved the architecture and design. It was so classic, really intricate but not over the top or gaudy. The white buildings were incredibly dramatic against the clear blue sky.

We didn’t have the energy to do anything else so we went back to the hotel to take advantage of the pool. Again.

I was disappointed. I wanted to avoid spending all weekend in a hotel where we could have been anywhere. That was what ended up doing on our last day! BUT it avoided any more family rows and the kids loved it.

By the time we got back on the plane to go home, the Things had finally decided to cooperate. But by then their parents were well and truly beaten.

It’s funny… Now I read it back and have looked at all the lovely pictures we took, I can’t remember what all the fuss and drama was about. I recently read the much more positive Our Globetrotter’s post about things to do in Muscat and it all seemed so doable! A bit of tourism mixed with a lovely hotel and pool and hanging out with old friends. Sounds perfect! Anyone fancy a long weekend in Muscat?